The Government gives Network Rail funding in five-year periods, known as control periods, and the record settlement for control period 6 (CP6), which starts on 1 April and runs until 2024, is a billion pound more than the CP5 settlement.

“Passengers are at the heart of our plan for the next five years, because of the huge impact the railway has on them, their employers and the economy.

“This record funding gives us a fantastic opportunity to begin to put things right and move us closer to our vision of running the UK’s best metro-style railway in the next decade.

“Our ambition is to run a railway service which is sustainable, efficient, dependable, punctual, frequent and safe – one that passengers trust.” 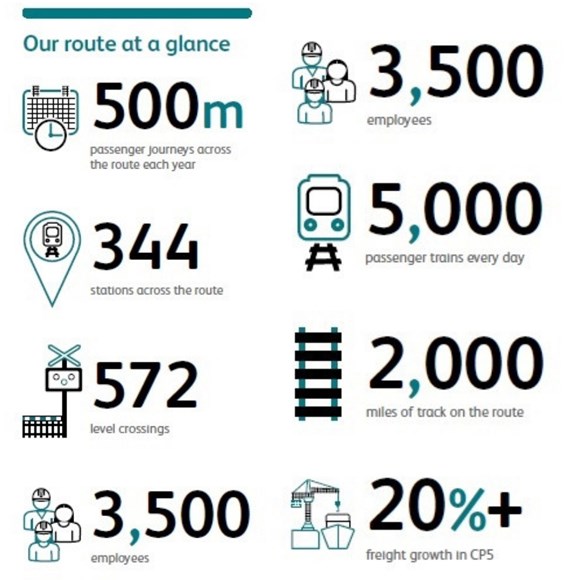 For CP6, the Office of Road and Rail (ORR) has allocated the South East route £2 billion for operating costs, including increased maintenance; £2 billion for renewals; and a further £304m from the route’s risk fund which could be reinvested in the railway.

“We now need to spend this money wisely and that means prioritising maintenance to keep our infrastructure running reliably, while using the extra funding to renew critical infrastructure to improve long term performance.

“Through closer working with train operators Southeastern and Govia Thameslink Railway (GTR) and better use of technology to understand the causes of delay, we’ve delivered the best ever results for trains arriving within a minute of their scheduled time in the last few months of 2018.

“However, we recognise performance has not been good enough and together we will continue to strive for improvement during CP6.”