A £4 million project is underway to move thousands of tonnes of soil to protect the railway in West Cumbria from landslips for the next 120 years.

Fifty thousand tonnes of earth are being moved by a 30 strong workforce using specialist diggers on the steep coastal slope at Lowca.

Last November a small section of the Victorian-built embankment collapsed after becoming saturated from water running off the surrounding landscape. 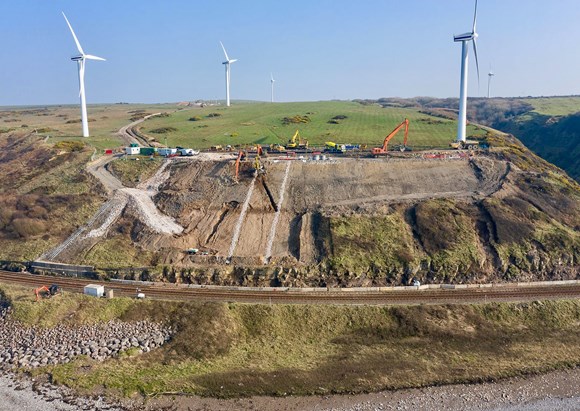 Passengers and freight suffered delays on the railway between Carlisle and Whitehaven.

This multi-million-pound investment, as part of the Great North Rail Project, forms part of a £153m fund to keep 2,500 railway locations across the north safe and reliable.

Tony Butler, route asset manager for Network Rail, said: “The removal of such vast amounts of soil is a huge task in a challenging location, but is vital to help keep trains running on this economically important route.

“The carefully planned work is one of hundreds of Great North Rail Project schemes to make the railway in the north more reliable. Once this old Victorian infrastructure in Lowca is brought up to modern standards it will secure journeys on this stunning coastal line for generations to come.” 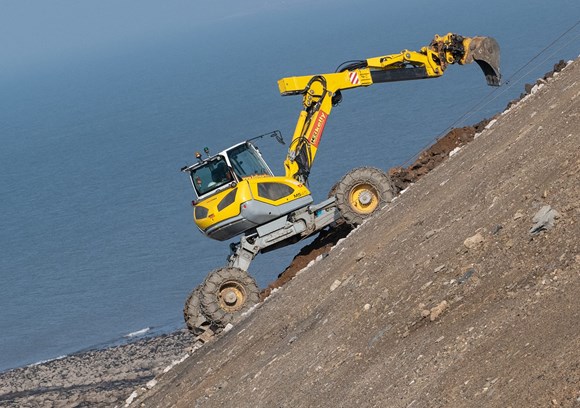 The significant embankment upgrade is part of a wider Network Rail commitment to improve the Cumbrian coast line for passengers and freight, with £8 million being invested on the route.

It follows a £3 million overhaul of three miles of track between Millom and Bootle last month.

The railway line between Whitehaven and Bootle will also be renewed in the summer.